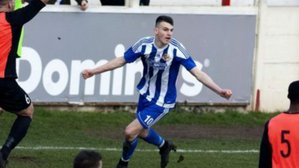 Another import addition to the squad has today been confirmed with Liam Lockett agreeing terms.

Liam extends his time with the Club and last season made 38 appearances scoring 9 goals in the process and was on his way to making his most appearences in one season for the Club when it was cut short.

"I think this is one that all of us have been eagerly waiting for, Locko is a special talent and there's no denying that, this has been one that we've been working on since May and we are so so happy he is staying.

Locko has ambitions, as does every player to go as high as he can and he has naturally taken his time this summer to look at all options.