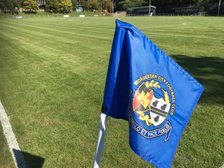 The board of directors make the following statement following yesterday's incident at Walsall Wood FC.

For the second time this year, a representative of Worcester City FC has been on the receiving end of racist abuse.

In no uncertain terms, the football club strongly condemns the actions by individuals posing as Walsall Wood FC fans at yesterday’s Midland Football League fixture. It is a desperate reflection of the world that once again a football club has to state that racism has no place in our society nor in the game we all love. Any individual who thinks it does, has no place in our game. Worcester City FC vehemently opposes racism and discrimination of any form.

Walsall Wood FC are equally concerned about this. The football club would like to place on record its thanks to Walsall Wood FC for its professionalism and tact in handling the matter yesterday. Walsall Wood FC have given assurances that the individuals in question are no longer welcome and the incident is being dealt with.

Going forwards, Worcester City FC will reflect and seek advice on what more it can do to actively oppose racism and discrimination.

Should supporters witness any incidents in the future, they should make stewards or club officials aware, whether at home or away matches.

The football club will make no further comment at this time.